Drag-Ons from The Dungeon is a short sports/rhythm game about trying to become the weekly ruler, the TV Guide, of a surreal world inhabited by power newts and artisanal oblong makers.

Drag-Ons from The Dungeon was created for the December 2019 Text Only Jam created by 8 Bits to Infinity. The game was created from December 18th thru December 20th. It is my first published project.

Watch Text Only Jam (8 Bits to Infinity) Feedback Part 2/2 from MrJoshuaMcLean on www.twitch.tv

Thanks for the input. I wasn't sure how to really create feedback for the player, but I think brightening the text as you mentioned probably would have been a good idea. It appears that the game didn't register your inputs for some reason (I can tell because the guy at the end basically said you missed almost all of them - that's the section about wobbling the oblong/keeping your cool). It worked when I tested it and when some friends did, but they obviously had some more knowledge. Basically, the player has to push the key when the text appears; it disappears some time later depending on how many have appeared so far. Anyway, thanks again. 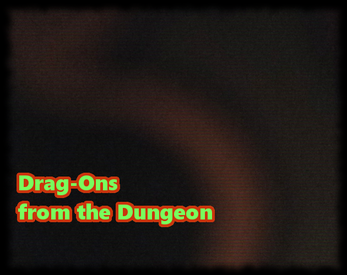